TL;DR: We have a Community Forum (yay!), you can come and join it here: community.crossref.org. Community is fundamental to us at Crossref, we wouldn’t be where we are or achieve the great things we do without the involvement of you, our diverse and engaged members and users. Crossref was founded as a collaboration of publishers with the shared goal of making links between research outputs easier, building a foundational infrastructure making research easier to find, cite, link, assess, and re-use.

Event Data uncovers links between Crossref-registered DOIs and diverse places where they are mentioned across the internet. Whereas a citation links one research article to another, events are a way to create links to locations such as news articles, data sets, Wikipedia entries, and social media mentions. We’ve collected events for several years and make them openly available via an API for anyone to access, as well as creating open logs of how we found each event.

2020 wasn’t all bad. In April of last year, we released our first public data file. Though Crossref metadata is always openly available––and our board recently cemented this by voting to adopt the Principles of Open Scholarly Infrastructure (POSI)––we’ve decided to release an updated file. This will provide a more efficient way to get such a large volume of records. The file (JSON records, 102.6GB) is now available, with thanks once again to Academic Torrents.

Our colleague and friend, Kirsty Meddings, passed away peacefully on 10th December at home with her family, after a sudden and aggressive cancer. She was a huge part of Crossref, our culture, and our lives for the last twelve years. Kirsty Meddings is a name that almost everyone in scholarly publishing knows; she was part of a generation of Oxford women in publishing technology who have progressed through the industry, adapted to its changes, spotted new opportunities, and supported each other throughout. 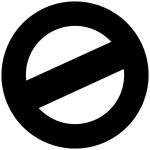 Recently we have seen quite a bit of debate around the use of so-called “fake-DOIs.” We have also been quoted as saying that we discourage the use of “fake DOIs” or “DOI-like strings”. This post outlines some of the cases in which we’ve seen fake DOIs used and why we recommend against doing so.

We’ve also had members use DOI-like strings as the basis for systems that they use to detect and block tools designed to bypass the member’s access control system and bulk-download content. The methods employed by our members have fallen into two broad categories: 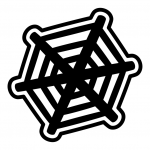 A “spider trap” is essentially a tripwire that allows a site owner to detect when a spider/robot is crawling their site to download content. The technique involves embedding a special trigger URL in a public page on a web site. The URL is embedded such that a normal user should not be able see it or follow it, but an automated bot (aka “spider”) will detect it and follow it. The theory is that when one of these trap URLs is followed, the website owner can then conclude that the ip address from which it was followed harbours a bot and take action. Usually the action is to inform the organisation from which the bot is connecting and to ask them to block it. But sometimes triggering a spider trap has resulted in the IP address associated with it being instantly cut off. This, in turn, can affect an entire university’s access to said member’s content.

When a spider/bot trap includes a DOI-like string, then we have seen some particularly pernicious problems as they can trip-up legitimate tools and activities as well. For example, a bibliographic management browser plugin might automatically extract DOIs and retrieve metadata on pages visited by a researcher. If the plugin were to pick up one of these spider traps DOI-like strings, it might inadvertently trigger the researcher being blocked- or worse- the researcher’s entire university being blocked. In the past, this has even been a problem for Crossref itself. We periodically run tools to test DOI resolution and to ensure that our members are properly displaying DOIs, Crossmarks, and metadata as per their member obligations. We’ve occasionally been blocked when we ran across the spider traps as well. 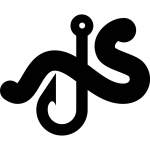 Notice that we have not used the phrase “fake DOI” yet. This is because, internally, at least, we have distinguished between “DOI-like strings” and “fake DOIs.” The terminology might be daft, but it is what we’ve used in the past and some of our members at least will be familiar with it. We don’t expect anybody outside of Crossref to know this.

To us, the following is not a DOI:

It is simply a string of alphanumeric characters that copy the DOI syntax. We call them “DOI-like strings.” It is not registered with any DOI registration agency and one cannot lookup metadata for it. If you try to “resolve” it, you will simply get an error. Here, you can try it. Don’t worry- clicking on it will not disable access for your university.

The following is what we have sometimes called a “fake DOI”

It is registered with Crossref, resolves to a fake article in a fake journal called The Journal of Psychoceramics (the study of Cracked Pots) run by a fictitious author (Josiah Carberry) who has a fake ORCID (http://orcid.org/0000-0002-1825-0097) but who is affiliated with a real university (Brown University).

Again, you can try it.

And you can even look up metadata for it.

Our dirty little secret is that this “fake DOI” was registered and is controlled by Crossref.

Why does this exist? Aren’t we subverting the scholarly record? Isn’t this awful? Aren’t we at the very least hypocrites? And how does a real university feel about having this fake author and journal associated with them?

We have created this fake DOI, the fake journal and the fake ORCID so that we can test our systems and demonstrate interoperable features and tools. The fake author, Josiah Carberry, is a long-running joke at Brown University. He even has a Wikipedia entry. There are also a lot of other DOIs under the test prefix “5555.”

We acknowledge that the term “fake DOI” might not be the best in this case- but it is a term we’ve used internally at least and it is worth distinguishing it from the case of DOI-like strings mentioned above.

But back to the important stuff….

As far as we know, none of our members has ever registered a “fake DOI” (as defined above) in order to detect and prevent the circumvention of their access control systems. If they had, we would consider it much more serious than the mere creation of DOI-like strings. The information associated with registered DOIs becomes part of the persistent scholarly citation record. Many, many third party systems and tools make use of our API and metadata including bibliographic management tools, TDM tools, CRIS systems, altmetrics services, etc. It would be a very bad thing if people started to worry that the legitimate use of registered DOIs could inadvertently block them from accessing content. Crossref DOIs are designed to encourage discovery and access- not block it.

And again, we have absolutely no evidence that any of our members has registered fake DOIs.

But just in case, we will continue to discourage our members from using DOI-like strings and/or registering fake DOIs.

This has been a public service announcement from the identifier dweebs at Crossref.

Unless otherwise noted, included images purchased from The Noun Project